Camille began working with the Parkside Community School children in 2002, and has delighted in being part of that special community ever since.  She taught at Parkside as a lead Montessori Guide from 2007 - 2012.  Drawing on her training and experience as a Montessori educator, Camille brings an intuitive understanding of and a deep respect for all children.

She holds a BA from Bennington College in Vermont and a Master’s Degree in Education from Loyola University, MD where she also received her International Montessori Teaching Certification. 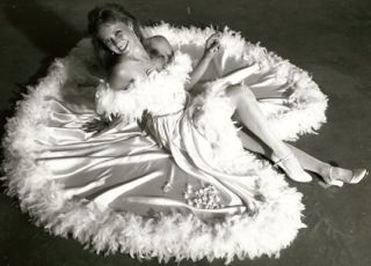 Laura Agnew is GPA’s Dance Teacher, Percussion Artist, and Assistant Director. Laura became a professional tap dancer  when she joined Austin On Tap. She toured with the company from 1983 - 1987. She taught adult dance fitness at Ballet Austin
for 15 years and was a teacher and choreographer for Believe In Me - a non-profit performing arts organization for youth in the Austin area.
She trained to be a Montessori guide in 2003 and worked at Parkside Community School as a Guide from 2004 - 2009.  She is now a substitute Guide and plays with the Parkside Simple Gifts band.
Laura also plays music with La Strada and occasionally plays djembe drum with the Drumsistas.  As a young person she was a competitive gymnast and student instructor in ballroom and musical comedy dancing. 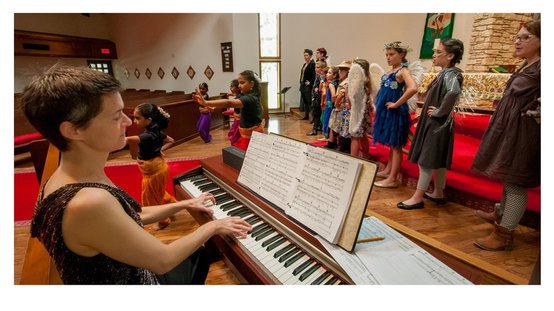 Elke Baitis is GPA’s Music Director and pianist.
Elke is a professional pianist in Austin and the Music Director at Wildflower Church.  She has lived in Austin most of her life, enjoying work as a musician and as a translator for the American Geosciences Institute.
Her extensive musical background, interest in girl's education, and previous performance experience with Camille has led to many wonderful musical collaborations!
​This creative venture fulfills Elke's desire to engage with children in a meaningful way while exploring the magic of performance with them. 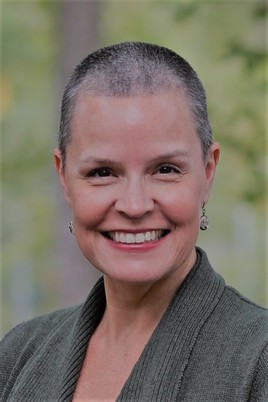 Courtney Moore is a lifelong dancer, secret singer, and a firm believer in the power of the Girls Performance & Advocacy program!

Both of her daughters were fortunate enough to have Camille as their Montessori guide and continued inspiration, and one has been a part of every GPA production.
Courtney lends her advocacy, organizational, and fundraising experience to the GPA team and is so proud of the growth and impact Camille and these incredible girls have made.

Seeing them learn to Speak Up and Sing Out has been such a pleasure,
and Courtney is looking forward to watching GPA change the world for all girls!
​
Cellist, Guest Artist 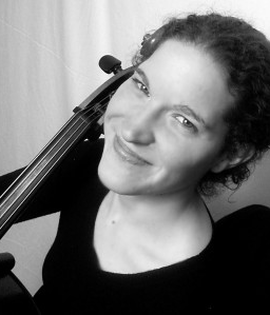 Beth Ringel received her Bachelor of Music in Cello Performance
from the Hartt School in 2003 and Master of Music in Cello Performance
from the University of Colorado-Boulder in 2007.
She has Suzuki cello training in Books 1-10,
as well as Suzuki Early Childhood Education.
In addition to playing the cello, she is a novice banjo player and a graduate student
at the College of Education at the University of Texas at Austin,
in Early Childhood Education.

​
Beth lives in Austin with her husband, two sons, cat and four chickens.
Beth is currently a cello and Early Childhood Education teacher
at Monarch Suzuki Academy, and maintains a home cello studio. 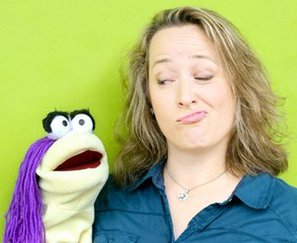 Sara Farr is Marketing Consultant for GPA as well as an Artistic Advisor. Sara created the Puppet Improv Project in 2009 after years of studying and performing a wide variety of improvisation techniques. In 2011, the Austin Creative Alliance made the Puppet Improv Project one of their sponsored projects. Since the founding of the company, Sara has created and produced over 9 original shows, including the company's first scripted show, “Trash” – a family friendly musical with a zero waste message.
​Sara continues to pursue the mission of PIP to create outstanding puppet shows for Austin families.  In addition to her work with the PIP, Sara teaches interactive computer graphics and game development at ACC where she has been employed as a professor for over a decade. Before that, her career included creating interactive art and animation for the Video Game Development industry.
​She has a bachelor’s degree in Fine Art, Studio Art from the University of Southern California.
​ 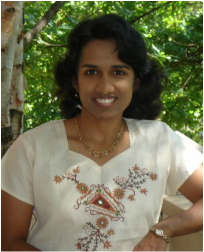 Raji Parameswaran is GPA’s Production Manager.
​Raji brings more than 10 years of non-profit consulting experience to her role as Production Manager for GPA.  Known for her strong organizational skills and attention to detail, she's in charge of sponsorship, marketing, strategy, social media and logistics for GPA.

Raji is delighted to work with Camille, the GPA staff, and Austin families to establish GPA as a premier performing arts and advocacy program for girls in Austin. 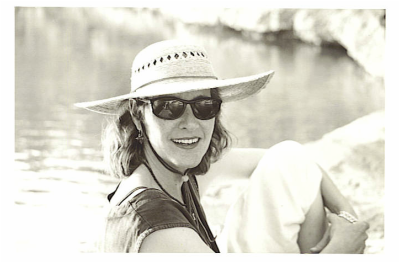 Anya Grossman is GPA's staff writer.
​Anya has enjoyed a lifetime love affair with language.
She served as senior editor at Steck Vaughn Publishers and has worked as a freelance editor & writer for Holt, Rinehart, and Winston (now Holt McDougal), Addison-Wesley, and Macmillan McGraw-Hill. Anya has contributed articles to The Austin-American Statesman and the Houston Chronicle and, as an instructional designer, has written college and high-school level interactive online curriculum.
​Since 2005, she has edited numerous scholarly articles and books at the university level, with a primary focus on multicultural studies.

​In 2013 Anya published her first volume of poetry titled “Benediction.”  She holds a Master’s degree in ESL and secondary teaching certificate both from University of Texas.   Anya maintains a stubbornly optimistic worldview, reinforced by the amazing wildlife and beautiful feathery critters with whom she holds daily counsel.
​Living in the Texas Hill Country since 1996, she raises organic vegetables and, on occasion, her voice.
​